Niels was educated a musician and sound engineer at the Berklee College of Music in the United States and has a M.Sc. in acoustic engineering from the Technical University of Denmark and a Ph.D. in acoustics from Aalborg University. Before pursuing his professional career as a musician he took a B.Sc. and completed it with a thesis on room-acoustics for sound studios.

He has played about 1200 concerts in 10 countries. This has given him a unique insight into the field of acoustical design of concert halls. From all these concerts, Niels learned that the majority of halls are, in fact, unsuitable for hosting amplified music such as pop and rock.

This hands-on experience has led him to initiate some of the first ever research projects within acoustics for amplified live sound. The almost universal rumbling of sound associated with rock concerts exposed a lack of research but also savoir faire and will within the field of architectural acoustics.

Niels has put a deliberate effort into heightening awareness of these difficulties through both research and lectures around the world. He has authored the first ever scientific book on this topic and is a member of the ISO standardisation group ISO TC43/SC2 that incorporates recommendations for  acoustics in rooms for music in to the ISO standard.

His experiences from concerts also led to the development of the aQflex and aQtube absorbers. It is the hope that many existing concert halls around the world will benefit from these solutions and research.

Flex Acoustics is based on the discovery of the under certain conditions, surprisingly high sound absorption properties of inflated flexible membrane structures and the possibilities derived herefrom. DTU Innovation, a venture fund company under Seed Capital Denmark, invested in Flex Acoustics when patents were at place whereby the development of the aQflex product could be initiated. SEED Capital is the largest venture fund in Denmark within the pre-seed and seed segment. Seed Capital receives its funds primarily thru Vækstfonden which is funded thru The Ministry of Higher Education and Science, and also thru major Danish enterprises such as Carlsberg, Novo and Danfoss. The evoke technology was developped in a partnership with Innovation Fund Denmark also funded thru The Ministry of Higher Education and Science. 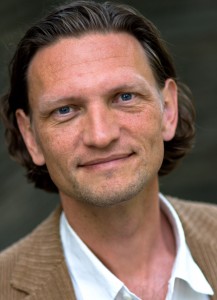